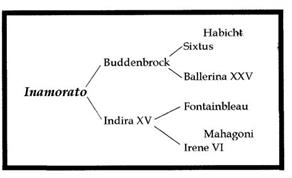 Inamorato is a son of the Elite Stallion and Stallion of the Year Buddenbrock (EH Sixtus/Diamant and Sire of EH Connery), and the illustrious Dam Line of Isabella.

The dressage phenomenon Imperio is from this same "I" line and is also a grandson of Buddenbrock.

We have combined highly athletic lines with beauty, harmony, willingness and Trakehner Type.

Currently Inamorato has Evented up to CCI* with Andrew Palmer of Royal Palm Farms (AL) and 2016 will also add FEI Dressage.

A highlight: Red Hills International Horse Trials in March of 2011, where David O'Conner stated: “all horses with Olympic aspirations, have competed at Red Hills.” Inamorato remained 1st with Dressage score of 27.4 over ALL Preliminary divisions and a double clear, powerful cross country round. He completed the Stadium in fourth place with a victory gallop and a nice check.

Many Preliminary Events followed in 2012, Inamorato and Andrew bravely completed (in 96 degree heat his first CCI* in 2012 and the judges comments of "Awesome, Lovely" never disappoint. Inamorato jumps 5'6" with style and ease.

Inamorato's breeding career commenced in 2006 with highest levels of success in primary inseminations producing High Score and Premium Mare Lucinda TL*Pr*, Icon TL, foals out of Hohenstein/Wettsport, Latimer and "All the Gold" mares among others. His foals are elegant partners, eager, true to conformation and type with superior strength in all gaits.

Inamorato is available Fresh Cooled through Royal Palm Farms and Frozen for National, AUS ,NZ  and EU needs through Select Breeders Services and Peterson and Smith. 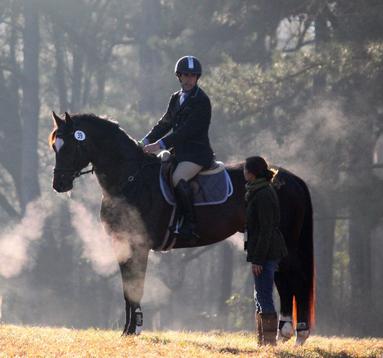 Begin with Most Recent:

A pedigree for performance.

Athleticism, grace, and harmony. Proven bloodline and performance.  Only ATA son of Buddenbrock in North America. 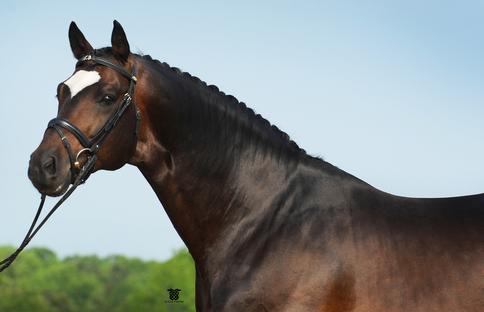 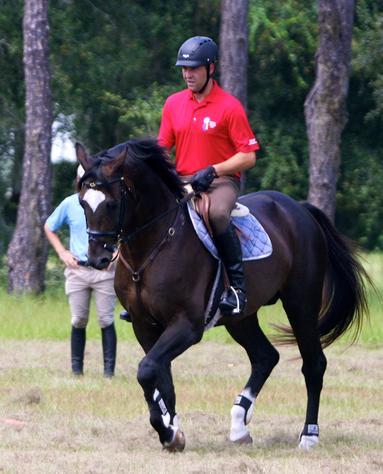 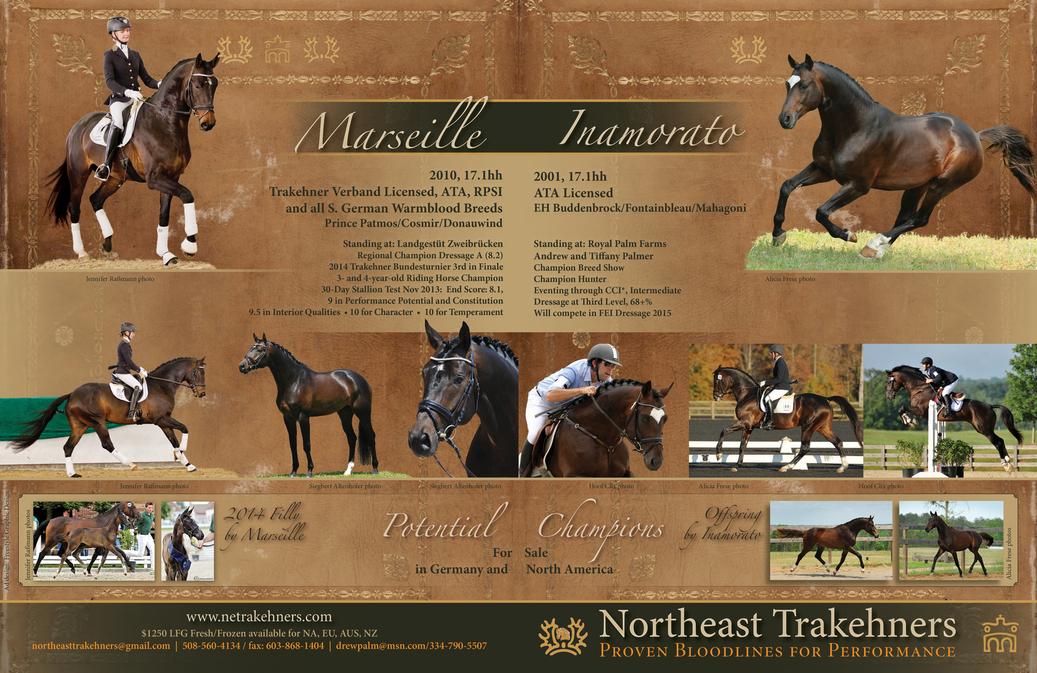 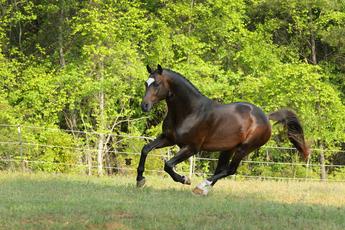 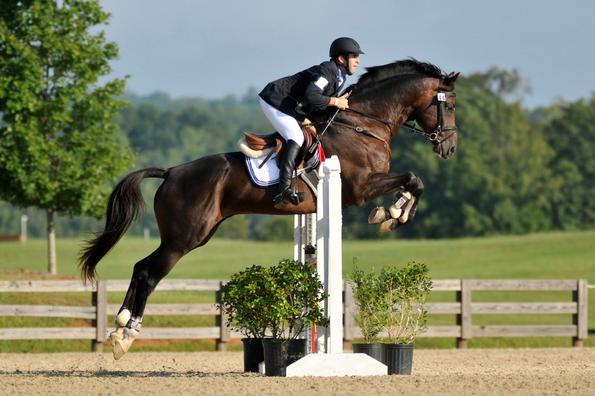